Luc Mbah a Moute is BACK

After his shoulder injury and a few weeks of unavailability, Luc Mbah Moute made his comeback at the meeting of the night, opposing the Rockets on the floor of his previous team of Clippers.
The Californians emerged as 113-102 winners after taking the lead just before half-time. Luc Mbah a Moute scored 5 points, 2 rebounds and 2 assists in 26 minutes, Eric Gordon and Chris Paul finished with 19 points each. 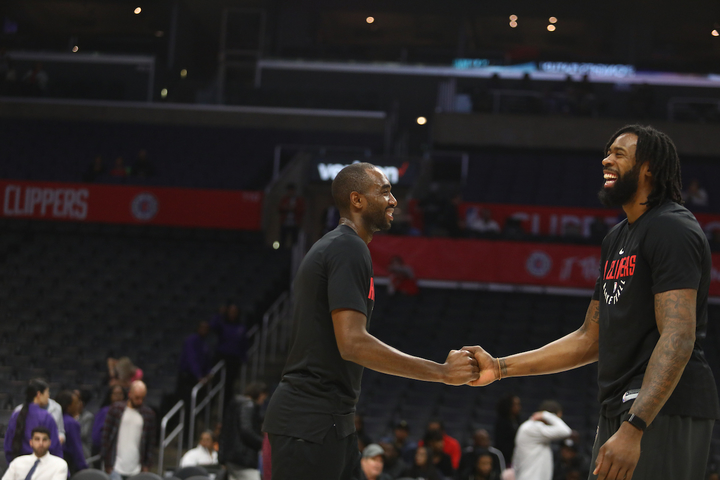 The Clippers take a 12-point lead in the 81-69 pick, and pocket the third quarter 33-28 to lead 92-84 at the start of the last. A sufficient lead to control the end of the game, marked several consecutive tense moments concerning Griffin, Mike D’Antoni, Trevor Ariza and Chris Paul. The Rockets fail to come back to less than 9 points and leave the 113-102 win at the Clippers.

The Rockets remain 2nd in the West with 30 wins and 12 losses.